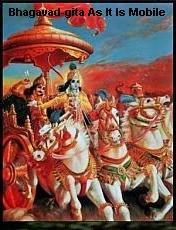 Srimad-Bhagavatam
By His Divine Grace A.C. Bhaktivedanta Swami Prabhupada. This epic philosophical and literary classic of India touches upon all fields of human knowledge. Srimad-Bhagavatam is the most complete and authoritative exposition of Vedic knowledge covering everything from the nature of the self to the origin of the universe. Read about ancient atomic calculations of time, accurate astronomical readings taken 5,000 years ago, descriptions of life on other planets, detailed study of the development of the embryo in the womb from the moment of conception, Buddha's arrival predicted 2,500 years earlier.